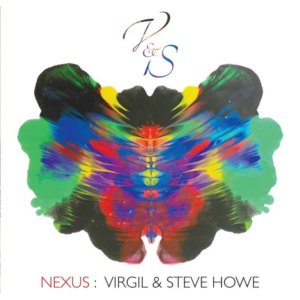 “Virgil and I had only recently completed recording ‘Nexus’, which contains eleven of his tunes to which I added a guitar to suit each one. We started to work together in 2016 by selecting about nine tunes from his ‘stockpile’ of piano based music that he’d periodically sent Jan & I each time he’d written and recorded a new idea. I began adding guitars to them, then I’d play them to Virgil. He’d then surprise me by bringing up other channels of instrumentation which I’d never heard. The tunes went from straightforward ‘duets’ to something bigger & better, more of a complete picture than a mere shape. “Free Fall” & “Nick’s Star” were added from earlier sessions, the latter being his tribute to the passing of his best friend Nick Hirsch. 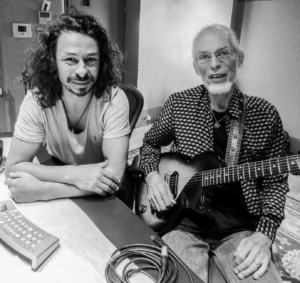 ‘Nexus’ explores a completely different side of Virgil’s ability, as a writer & keyboard player – ‘in his own right’. His talents were multi-diverse, so sitting at a keyboard & computer or in the middle of his drum kit, at all his regular DJ-ing gigs or on the radio, he always gave his best. We hope that the music just completed will stand as a fitting tribute to his life and legacy.”

Pre-order your copy of Nexus here.