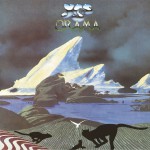 Yes officially breaks up on April 18. Trevor Horn goes on to be a successful producer, and Steve would contribute to albums produced by Horn in the mid-80s, including The Pleasure Dome (1984) and Liverpool (1986) by Frankie Goes to Hollywood, and Propaganda (1985) by Secret Wish.

Steve is voted Best Overall Guitarist in Guitar Player magazine for the fifth year in a row. For this he was inducted into GP’s Gallery of Greats. At that stage he was the only one in the category—as well as the first rock guitar player—to achieve that distinction. 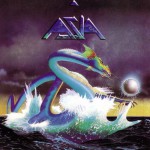 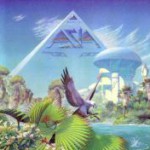 Asia’s second album, Alpha is released. John Wetton suddenly leaves the band, with Greg Lake (ex Emerson Lake and Palmer) is brought in to replace Wetton for the band’s ASIA IN ASIA show for MTV in December.

Greg Lake leaves ASIA and Wetton returns. Irreconcilable differences with Wetton causes Steve to leave the band while rehearsing for the third album. 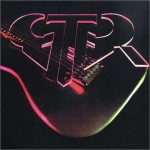 In April, GTR, featuring Steve and ex-Genesis guitarist Steve Hackett, is released, reaching number 11 in the U.S. charts. A successful world tour follows driven by the single “When The Heart Rules The Mind“. Hackett leaves the band later that year.

Robert Berry joins a revamped GTR. Other names are considered for the new lineup, including Steve Howe and Friends and Nero and the Trend (the latter developing into Nerotrend). Despite recording a few demos the project ends in October. 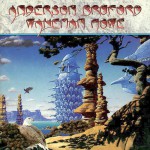 The Anderson Bruford Wakeman Howe album is released. Jon Anderson, disenchanted with Yes, recruited Steve, Rick Wakeman, and Bill Bruford to record some tracks. The project developed into an album—and ultimately a band—christened Anderson Bruford Wakeman Howe; Bruford’s Crimson band mate Tony Levin handled bass. ABWH embarks on a world tour, with the performance in Mountainview, CA, broadcast live over pay-per-view; it is subsequently released to video as An Evening of Yes Music Plus, the tag line for the tour.