The Ladder tour reaches Europe. Later that year the Masterworks tour begins in Reno, Nevada. Homebrew 2 is released in June, and features more rare home-studio demos and alternate arrangements of well known Howe music. In the fall Steve presents another one-man show on his In the Groove tour. 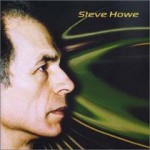 Steve releases Natural Timbre with Dylan Howe on drums. He also produces and plays on Oliver Wakeman’s 3 Ages of Magick. Yes releases Magnification, the first Yes album to incorporate an orchestra since their second album. A U.S. tour with orchestra accompaniment follows ending at Radio City Music Hall in NYC on September 8; Steve flies home the next day. The European leg begins in October. 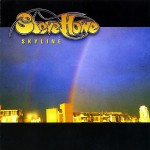 Yes tours North America accompanied by Dream Theatre. Yes tours Europe in the spring and summer on the Full Circle Tour.  At  summer’s end the band tours Japan, Singapore, Hawaii, and Australia—the latter for the first time since 1972.

Yes tours North America in the spring and Europe in the summer, playing larger venues; this was to accommodate an elaborate stage set designed by Roger Dean.

In May, Steve Howe’s Remedy is released on DVD.  A Steve Howe Solo tour in Europe occur this month, including a Master Class for the Steve Howe Appreciation Society. 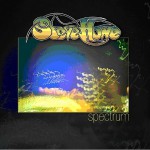 Spectrum is released in June. It features Dylan and Virgil Howe, Tony Levin, and Oliver Wakeman. In October, Steve contributes to Billy Sherwood’s tribute album, Back Against the Wall, a tribute to the Pink Floyd. He is featured on “Goodbye Blue Sky”.  Steve also releases Homebrew 3.

Steve tours the Eastern US and Europe; appearances include a performance with the Yes tribute band Fragile. The original members of Asia announce their reformation and a tour beginning in late August of 2006.

Asia tours North America, Europe, Latin America, and Japan from March through July. The band also releases the DVD Fantasia: Live in Tokyo in August. In May, Steve launches The Steve Howe Trio, a jazz ensemble that features Dylan Howe on drums and Ross Stanley on organ. In September, Steve Yes joins the Yes tribute band Fragile for a series of shows.

In April and May, Asia tours UK, US, Japan, and Europe, and records a new album titled Phoenix, the first album from this lineup since Alpha. The Steve Howe Trio performs in March and July. Releases from Steve’s label Howesound include his solo album “Motif” and “The Haunted Melody” from the Trio. Yes cancels a summer tour after Jon Anderson falls ill. Later in the year Steve joins Alan White and Chris Squire for the In the Present tour, which also featured Oliver Wakeman and Benoit David. Yes tours the US in November and December with Asia opening, and Steve performs with both bands.